For the Birds – Not! 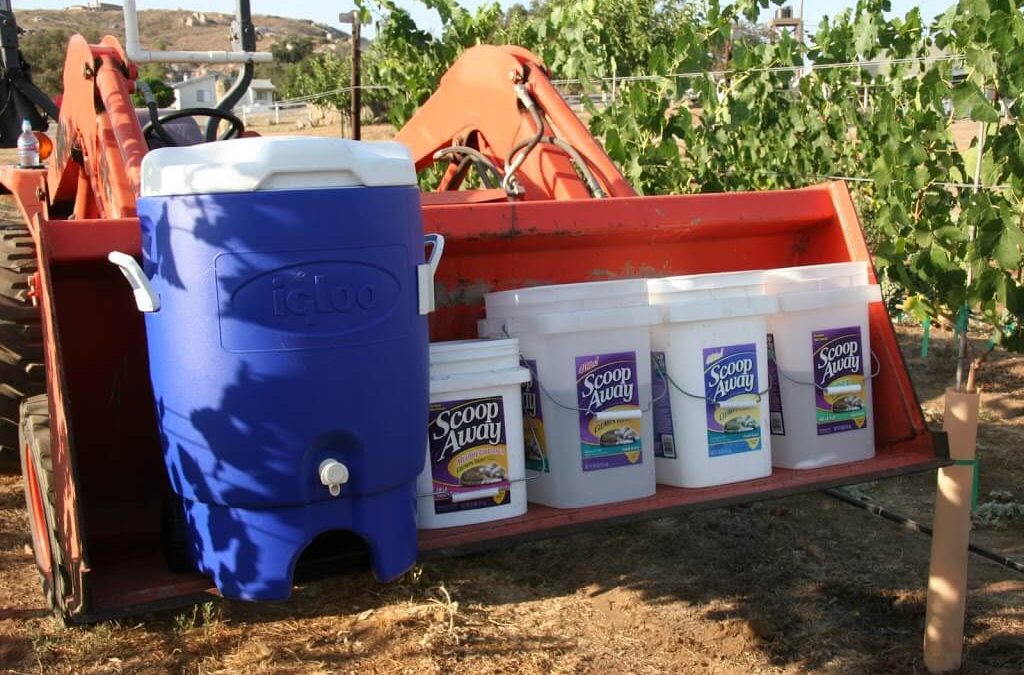 One of our helpers last weekend working on putting up the bird netting with us, asked the question, “Do all vineyards have to put up bird netting?”  The answer is no.  In the wine growing valleys that have lots of acreage in grapes, like the Central Valley and Napa, they don’t bother.  There are so many grapes in the area compared to the number of birds, that everyone just expects to lose a few grapes.  Because there are still so few vineyards in the Ramona Valley, if we didn’t net, the birds would wipe us out.  I explained to the person asking the question, “We’re like the only whore in town on a Saturday night!”

We heard the instructor report at a vineyard seminar we attended, that UC Davis was experimenting in a vineyard with hummingbirds. The theory being tested apparently, was that hummingbirds are very aggressive and territorial, and that by attracting them in to your vineyard, they will keep out other birds who might eat your grapes when they ripen up and become bird candy.

Norm and I had netted the first small section, 1/3 of an acre of our vineyard in 2008, and weren’t looking forward to the expense and work of netting over 3 acres in 2009. We had observed hummingbirds taking off after other birds, even red tail hawks, so we thought we’d try it.

We bought several kinds of feeders, whatever we could find on sale, and hung about eight of them on special hangers Norm had made to fit in the top of the line posts in the vineyards. The first challenge arose when we tried to clean and refill the feeders. Should we gather them all up and haul them back up to the house, or devise another system? We chose another system. We used the front bucket of the tractor and lined up three white pails and a drink cooler with a spigot for the hummingbird food. The first pail had warm water with a bit of bleach and a scrub brush. The other two pails had clean rinse water.

The second challenge was that almost every kind of hummingbird feeder we had was impossible to get clean on the inside. Because of their shape or configuration, a brush just could not get the dead ants and gunk out. Only one kind of feeder was well designed and constructed to let us get the job done, the First Nature one. We discarded the all the other feeders and bought 19 more for a total of twenty First Nature feeders we placed throughout the vineyard.

The system worked, sort of. You might notice I am writing in the past tense. We had dozens of hummingbirds in the vineyard, including a couple of nests among the vines. We could go through and clean and fill in less than an hour, which we had to do twice a week. As to the UC Davis theory, we determined it doesn’t work. Yes, the hummingbirds are territorial, but only from each other. Secondly, they are aggressive toward other birds, but only during nesting season. Nesting season is over by the time the grapes are going through veraison (sugaring up) and they pay no heed at all to crows and finches who head into the vineyard.

After netting the field in 2009 anyway, we kept up the feeding routine for a week or so.  I then announced to Norm that everyone has to pull their weight in the vineyard and if the hummingbirds weren’t going to do their job, then we shouldn’t work so hard to feed them.

We notice there are still lots of hummingbirds and nests in the vines regardless.  We have a good recipe for Hummingbird Hooch if anyone wants to email me to get it!