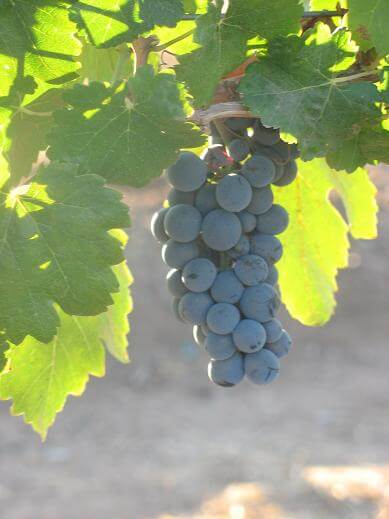 The vineyard is a lot like a pregnant woman – nine months of work before the little babies are ready.

Now we’re just waiting for the grapes to ripen.  The past 2 years the harvest has been about the last week of August or first week of September.  We are hoping we can harvest this year by the end of September.  Mother Nature is in charge.  We’ve had a cool Spring and cooler than usual Summer.  While we began testing brix (sugar level) in the grapes the beginning of August last year, we haven’t tested at all yet this year, and likely will not for another week or two. While we wait I am lining up harvest volunteers and planning the meals to feed them – with suitable wine pairings of course!