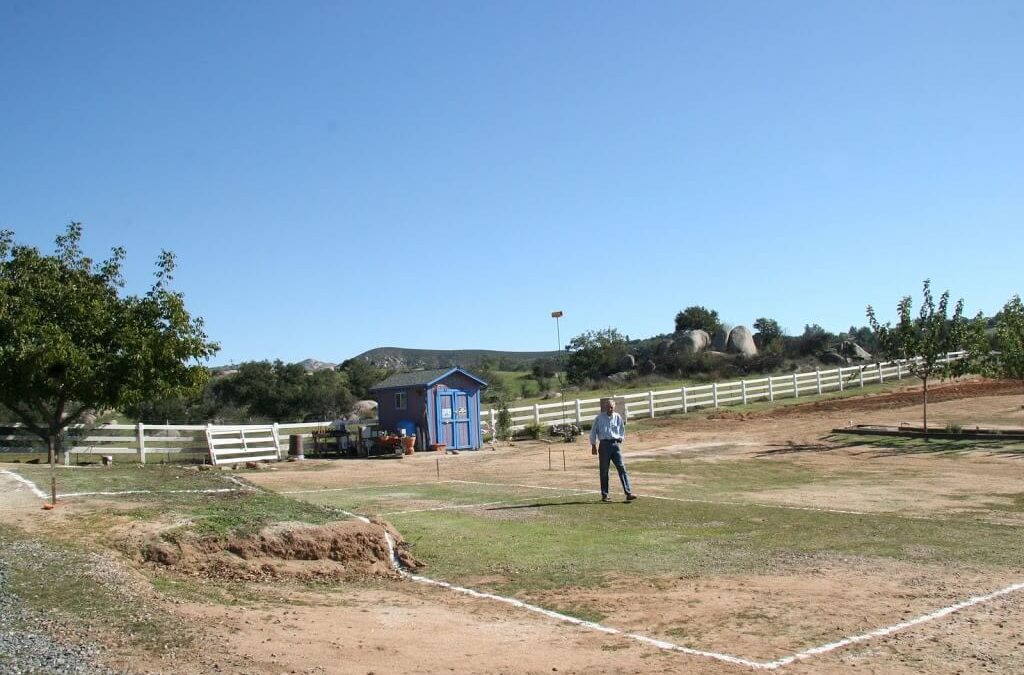 Our first priority when we moved to this property four years ago, was to plant the vineyard – no grapes, no wine. All things considered that went pretty smoothly, in a timely manner just about as we expected.  Mind you Norm and I had total control over that.

The next project on our list of things-to-do is to have constructed a general purpose agriculture building with a cellar, to store vineyard materials and supplies, set up a temporary work shop area for Norm, construct a vineyard lab, have a cool place to store grapes during harvest, and cool storage of our own wine collection the rest of the time.

We have had this building in the works since early this year, and the original estimates by our contractor for ground breaking was June, then July, then August, then September, then October, then November – this week actually. The digger guy was supposed to be out here Tuesday with his equipment, but he had another job to finish up.  So then he was to be here Wednesday. Wednesday we got a call that he had some repair work to do on his machine, but would start Thursday. Thursday night after dark, the machine arrived but nothing else happened. Friday he arrived bright and early.  I was very excited and got out the camera, only to be told he wasn’t starting the excavation because, “It might rain”.

I lost it. I ranted and raved to poor old Norm about how nothing would get build in B.C., Washington or Oregon if “it might rain”. We were supposed to make a progress payment at the breaking of ground and I ordered Norm to tell our contractor if he came by, “We don’t write checks if it looks like rain!” This reminds me very much of my years at the coast, where all the contractor’s trucks could be seen parked at the beach when the surf was good. We dubbed them, the “Not When the Surf’s Up Construction Company”.

It also brought to mind some of Murphy’s Law of Project Management: If anything can go wrong it will; Everything takes longer than you think; If everything seems to be going well, you have obviously overlooked something.

Norm reported to me last evening, “He’ll be back Monday to start.” I have ten bucks on it that he won’t.